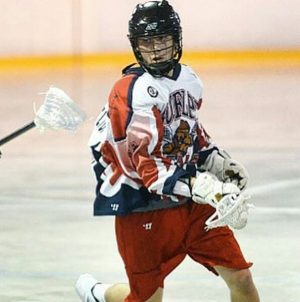 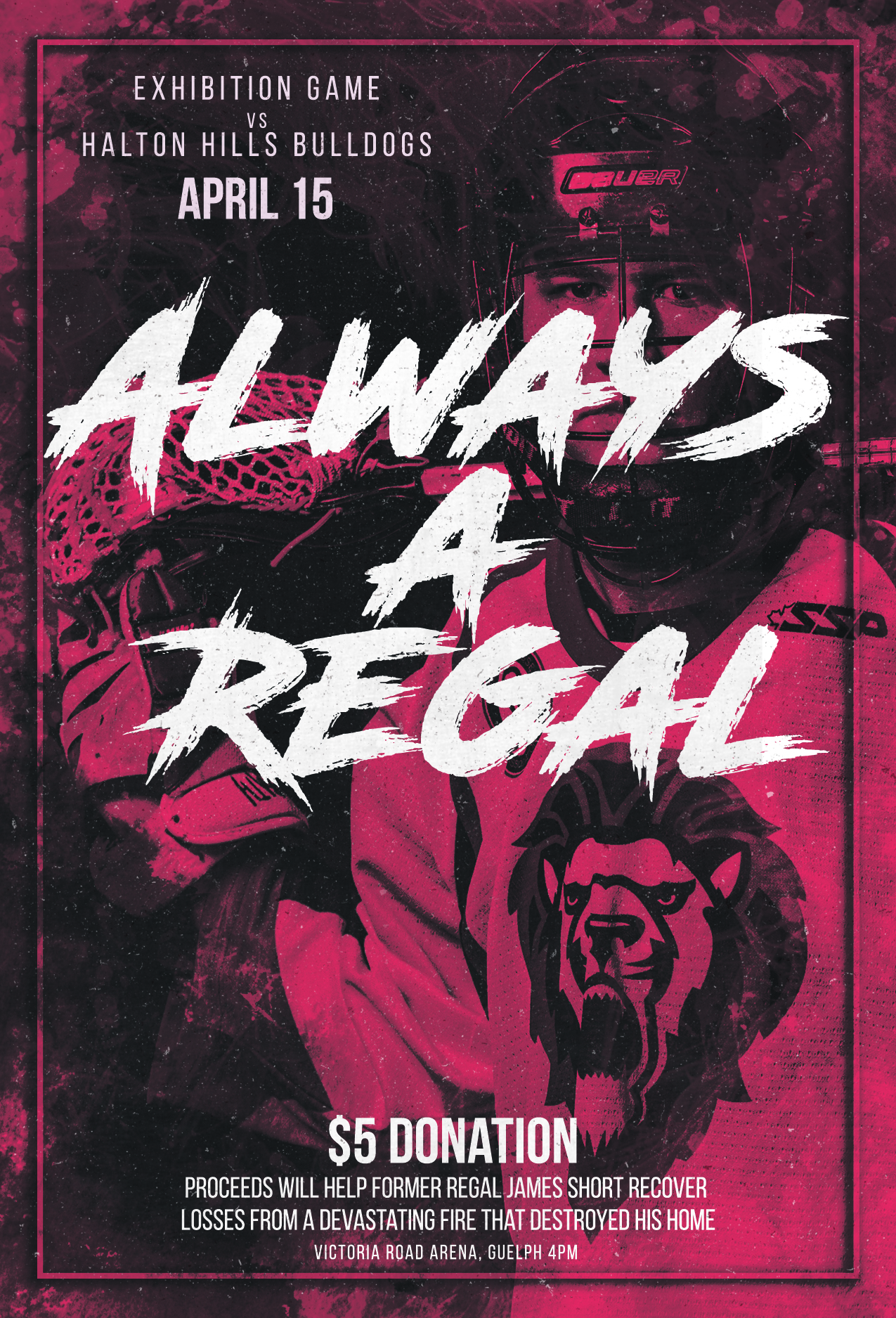 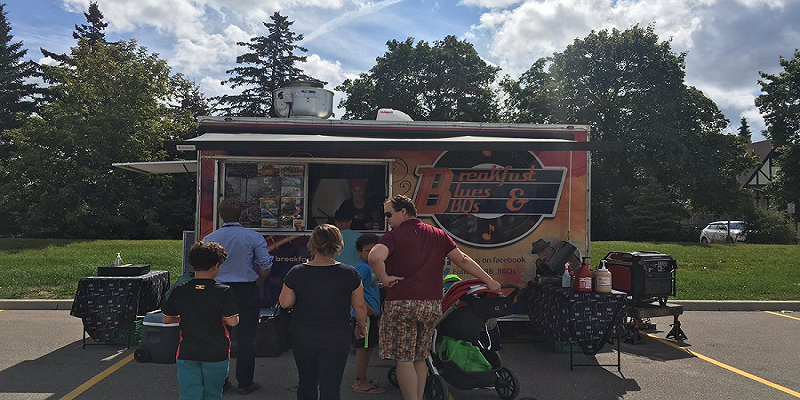 Food. Lacrosse. What more can you ask for?

The Regals have teamed up with several Guelph Food Trucks for the 2018 season that will see delicious foods and treats served at home games.

Fans and visitors alike will be able to eat lunch and/or dinner beginning 30 minutes before Regals home games. The trucks will be located in the corner of the parking lot at Victoria Road Arena, right along Victoria Road. The trucks will remain open until the end of the second intermission.

Below is a full list of food trucks that will be attending. You can visit their website and social media pages to learn more about them and what foods they offer!

Follow each truck on social media as well to see where they’ll be next! 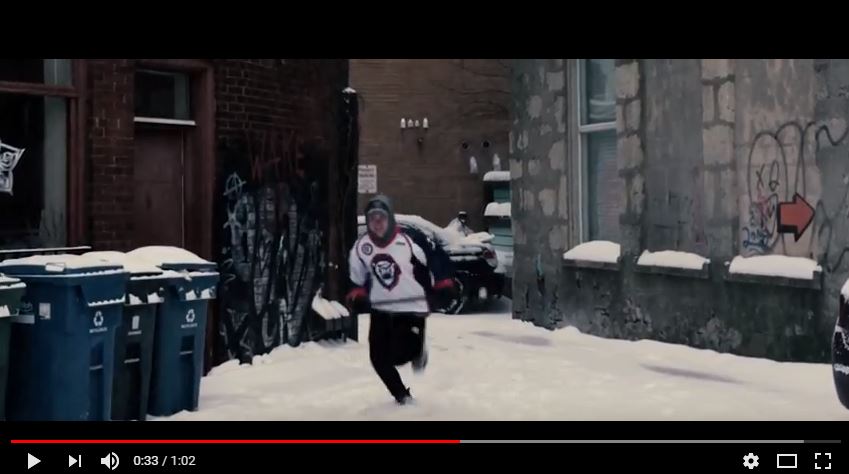 The Guelph Jr B Regals are excited to release a preseason hype video, created by Ward 1 Studios.

Part of Ward 1 Studios’ new One Community program, the crew and the Regals teamed up to create a unique and exciting video to get players and fans looking forward to the 2018 season.

The video was shot over 2 days in locations in Guelph and Kitchener.

The team would like to give a big thank you to Ward 1 Studios and Moves Fitness – both in Guelph – for their time and contributions to making this video a success!

The Guelph Jr B Regals Lacrosse Club announced the Coaching Staff for the 2018 season on Thursday afternoon:

Leading the charge behind the bench is Ken Hastie. Hastie returned to the Jr B Regals for his second stint with the club midway through the 2017 season. Hastie was last with the Regals in the 2011 season when he served as the team’s General Manager and Assistant Coach.

Also back for the 2018 season is Lewis White. A Guelph Minor Lacrosse Association and Guelph Jr B graduate, White will be helping the offence once again in the upcoming season.

New to the Jr B Coaching Staff for 2018 is Assistant Jay Martin, as well as Blair Hastie, who will be overseeing the development of the team’s goaltenders.

Martin joins the Regals with a wealth of coaching experience at the Junior and Minor levels. Most recently, Martin was head coach of the 2017 Guelph Midget team, guiding them to a 4th place finish in the “A” division. Before that, he coached Jr B in Elora and Guelph.

Blair Hastie, a goalie himself, is the brother of Ken and will be the first full-time Goalie Coach the team has had since 2011.

The entire Coaching Staff and Management Team is looking forward to what is shaping up to be a promising 2018 season.

The team will be holding various events during the off-season in preparation for the upcoming season.

Follow the Jr B Regals social media accounts for the latest news!

The Guelph Jr B Regals Lacrosse Club are excited to announce that they will be holding a Winter Development Camp on Wednesday, December 27 from 6-9 PM at Queensmount Arena in Kitchener.

Any players interested in furthering their lacrosse careers at the Jr level and/or playing Jr B in Guelph in 2018 are highly encouraged to attend. If you are interested in attending and live in a centre outside of Guelph, you will need to bring a Permission To Run letter with you.

The club will also be holding a Player & Parent Orientation for those who are looking to learn more about Junior Lacrosse, the options players have, team expectations, and meet the coaching staff.

Any interested players in attending or have questions, please contact Matt Pelkey at pelks19@yahoo.ca. There is a $5 cost for players attending.

We looking forward to seeing everyone out! 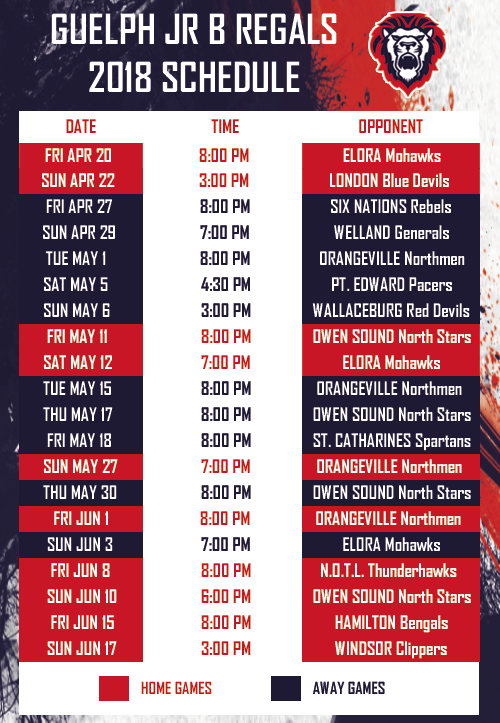 As the construction of Victoria Road Arena continues to take place, the Guelph Jr B Regals found themselves looking for a home for the second consecutive summer.

After playing in Cambridge at Galt Arena Gardens for the 2016 season with the mindset that Victoria Road Arena would be open for the 2017 lacrosse season, the Regals are glad to be back in their hometown.

“We are ecstatic to be back playing in Guelph,” said Regals General Manager Matt Pelkey.

“Our experience in Cambridge was great last year and they treated us very well, but it was tough to be outside of Guelph. Our Board worked extremely hard to get this team back in town after we found out that the renovations at Victoria Road were going to take longer than initially expected,” Pelkey said.

Renovations to the Regals’ home arena at Victoria Road were originally planned to be complete in May of this year. However, changes happened over the winter and the first floor booking at the arena was pushed back to July 2, well after the Junior B lacrosse regular season will have concluded.

That left the Jr B Regals once again searching for a place to play.

“There were times we thought we may have to leave Guelph again for the summer, but our Board was awesome and the City of Guelph helped us out a lot with finding floor time here. We’re absolutely thrilled to be back home.”

With floor hockey, roller derby and minor lacrosse all competing for floor time, it was tough to find needed floor time for the Jr B Regals. Then, the team finally reached a deal with the Sleeman Centre that will allow for the team to play its regular season and playoff home games at in addition to practices.

Due to previously-scheduled events, the Jr B Regals will not play their first game at the Sleeman Centre until May 12, their third home contest of the season, when they host the Elora Mohawks. The first two regular season games – against Owen Sound on April 30 and Orangeville on May 7 – will be played at West End Recreation Centre.

Below is the 2017 Regular Season Home Schedule:

The Jr B Regals kick off the 2017 season on Saturday, April 15 when they visit the Elora Mohawks. Game time is slated for 7:00 PM.